Keeping your fistula running for years to come
Article posted in: Dialysis 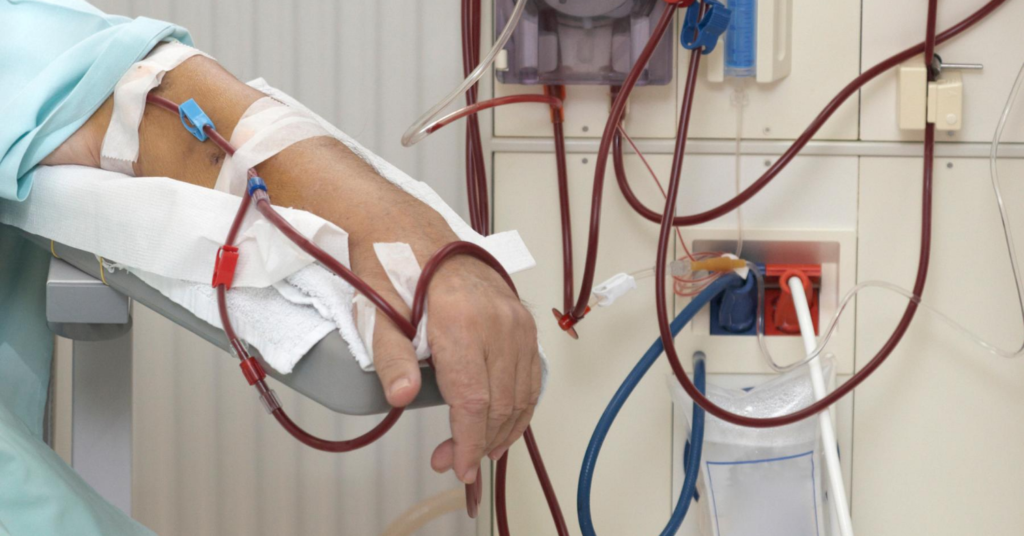 These statements have not been evaluated by the Food and Drug Administration. This product is not intended to diagnose, treat, cure or prevent any disease. Always consult with a qualified healthcare professional prior to beginning any diet or exercise program or taking any dietary supplement. The content on our website is for informational and educational purposes only.

Editor’s note: Dr. Jenna Henderson is back, sharing her knowledge about keeping her fistula running for years to come.

It’s a decision every kidney patient dreads, but for many of us despite our best efforts, we may need to go on dialysis.  It’s a decision no one wants to make, but sometimes it’s necessary and we’re grateful that the technology is there to prolong our lives.  But now we’re faced with another decision—hemodialysis or peritoneal?

Peritoneal does give us more freedom, but it also comes with the risk of a serious infection and may cause weight gain as we inject a large amount of sugar into our peritoneal cavity every day.  The most popular choice by far is hemodialysis.  But even hemodialysis has complications, particularly what can go wrong with your access site.  In this article, I am going to discuss ways to take care of your access site to make sure it’s functional for years to come.

The History of the Fistula

The lifesaving technology of dialysis was developed during WWII, and after many trials, dialysis was able to prolong the lives of kidney patients.  But there was one major problem– the blood vessels collapsed after a dialysis session.  So the next treatment used another site on the body and the same thing happened.  The patient did heal from the bruising somewhat, but eventually, they ran out of viable blood vessels to use to hook up to the machine.

The next challenge was to devise a way to reinforce the blood vessels so that the vein did not collapse every time.  Then the first dialysis fistula was created.  A fistula is a word that describes an opening in the body connecting two places that are not normally connected.  In this case, an artery flows into a vein.  The dialysis fistula has the advantage of the rapid blood flow and volume of an artery but it’s close to the surface and accessible as a vein.  This creates a site that can be used over and over again without collapsing.

Where does a Fistula Go?

The most common place to put a fistula is in the forearm of the non-dominant hand.  Since I’m right-handed, my fistula is in the forearm of my left hand.  It’s been there since 1999, as 3 large bumps on the arm.  I can’t wear a watch on my left wrist and before I go to the beach I wrap it in an ace bandage.  Because it’s an arterial line, there’s a visible pulsation with my heartbeat, this is called the thrill.  And I can hear the whoosh of the arterial blood pumping, known as the bruit.

A fistula is created with surgery, and like most kidney patients, I delayed having the access surgery, not wanting to face dialysis.  In the meantime, toxic uremic wastes were building up in my body.  This was long before I was a naturopathic doctor and knew about probiotics and other supplements that can delay the need for dialysis.  But with kidneys badly scarred through the autoimmune disease FSGS, it was apparent in 1998 that I would soon be on dialysis.

A fistula takes about 6 weeks to heal after the surgery before it’s ready for use. In the meantime, I had a catheter inserted into my neck to start doing dialysis sooner. Little did I know at the time, but that catheter would be needed for 6 months, as I required additional surgery to make the fistula functional. But once up and running, my fistula kept going.

For most dialysis patients, a fistula only lasts around 5 years. Fistulas can burst, collapse, or become clotted.  Then a new access site is created in the other forearm. That one lasts a few years and then one is placed in the upper arm on one side, then on the other side. Eventually a fistula may need to be created in the groin.

Luckily, I’ve been an exception to the rule and my one fistula has lasted for 14 years now, and still going strong. This means that so far I’ve avoided extra surgery and disfiguring scars. The fistula is not been complete without trouble. Over the many years, I’ve been on dialysis, I suffered from infiltrations at least 7 times. Infiltration is when a dialysis needle is inserted too hard and pierces the far side of the vein, causing internal bleeding. The arm swells up and bruises horribly. It was very painful, but I healed up quickly.

Supplements that I Take for My Fistula

I attribute the longevity of my fistula to the natural supplements that I take.  My experience on dialysis is very different from the typical course of most patients and I believe that alternative/complementary medicine plays a large role.  In the case of my fistula, I take supplements that support the vascular tissue.

Vascular support supplements are generally marketed for varicose veins.  But what’s good to support leg veins will also support the veins in the arm.  The product I use contains Butcher’s broom, Horse chestnut, grape seed extract, and Gotu Kola.  It also contains citrus bioflavonoids and vitamin C which support collagen.  Many dialysis patients shy away from products with the word citrus, as orange and grapefruit are high in potassium, but supplements containing citrus bioflavonoids are not high in potassium (unless there’s another ingredient that’s problematic).  Extra vitamin C is a good idea for those on dialysis, because, just as other water-soluble vitamins, it is lost during the process of hemodialysis. Taking these supplements religiously through the years has kept my veins strong and my fistula going.

Another problem with fistulas is that they become clotted.  The dialysis team injects heparin at each treatment, but sometimes it’s not enough. Clots can appear in the tubing and the dialysis filter itself develops streaks as blood congeals.  Luckily, green tea and ginger tea are natural blood thinners.  They also support heart health, and kidney patients who drink green tea are less likely to develop secondary heart trouble.  Drinking these teas regularly can help prevent clotting of the machine.  Whenever my dialysis nurse shows me that the filter after a treatment is very streaky, I increase my green tea.  The next treatment will show a filter with far fewer streaks.

Can you drink too much green tea or ginger tea?  Yes, it’s possible.  After treatment, once the needles are removed, we must hold gauze over the access site to stop the bleeding.  Once after drinking several ginger teas, my bleeding time was especially long.  I would decrease the pressure, only to find the bleeding start right back up.  I backed off and drank only 1 cup of ginger tea per day, and the problem never occurred again.

After thousands of needle sticks in my arm, the skin has become thin in places.  The overused arm can develop skin that’s thin and shiny, with reduced hair growth.  We can rotate the location of the needle stick only so much.  After a while, you come back to the same area again. But thanks to the buttonholes, I don’t have to worry about thinning skin on my fistula.  A buttonhole is a track where a needle can go in again and again.  It’s similar to the tunnel in the skin with a pierced ear.  The scab on top is removed and the needle slides right into the same spot over and over.  It’s resulted in less wear and tear on my arm and my fistula is still going. Dialysis requires a lot of extra vigilance to stay well.  But we can feel well and thrive even under these circumstances.  I never like to hear dialysis patients say that their fistula stopped working.  These fistulas are our lifelines and it’s essential to keep them going.  With a little extra care, we can keep our access sites functional for years and years to come.

Founder of Holistic Kidney, Dr. Jenna Henderson has been studying renal disease since 1993. A kidney patient herself, Dr. Henderson knows the process of kidney failure first hand and applies her experience to help kidney patients worldwide. As a naturopathic doctor from the University of Bridgeport, she works hard to help kidney patients live a long, happy life and stay off dialysis. Her safe and effective therapies are holistic and natural, and they help to preserve kidney function naturally. Her advice is sought by many patients and practitioners when other approaches to kidney disease have failed. She has been interviewed on public radio and published in Natural Medicine Journal. Visit her website at http://www.holistic-kidney.com/ or reach her at holistickidney@gmail.com
Click Here